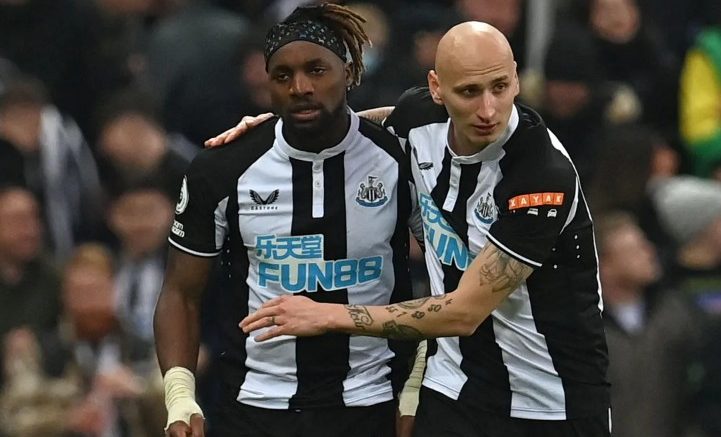 It’s particularly cruel on Newcastle fans, who are one of the most tormented fanbases in any sport. Imagine what Newcastle fans went through if Pirates owner Bob Nutting ran a soccer club.

Mike Ashley was not only a raging jerk, but he was also tremendously cheap when it came to the club, and he tried his hardest to extinguish one of the most ardent fan bases in the world. Newcastle, like the Pirates in Pittsburgh, should be so much more than they are, not only in their own city but throughout the league. It’s a crime that neither of them is.

When a Saudi Arabian consortium bought the club from Ashley, it was easy to understand the fans’ relief, but it was also impossible to overlook the new group’s nefarious nature. Saudi PIF, the definition of «sports washing,» has made billions off of human rights abuses, outdated laws, and whatever else you can think of, and their ownership of Newcastle is designed to make everyone forget it.

Like Manchester City and the United Arab Emirates, or PSG and Qatar. Their limitless cash reserves, as well as their ability to get beyond whatever flimsy laws the Premier League and UEFA try to egregiously erect in their way, not only distort the football scene but also further pollute the waters of the world at large.

The bulk of Newcastle fans may not be concerned about balancing the tantalizing promise of their team being one of the world’s best with the image and reality of their ownership, which is probably something they should have always been. The rest of us do, and our satisfaction that Newcastle supporters will never again have to cope with an undeserving toad-like Ashley is continually tussling with the PIF’s discomfort.

So, starting next year, it might be best for everyone if Newcastle spends some time in the Championship penalty box.

The Magpies squandered another winnable game at home Sunday, conceding an equalizing goal to Watford (relegation fodder) in the dying minutes to draw 1-1. When you’re trying to stay afloat, home victories over your fellow strugglers are crucial. Newcastle may come to regret the two points they dropped. Newcastle has dropped 22 points from winning situations this season. They are now in 19th place but are only two points away from safety, which is held by Watford in 17th place.

Is it possible that things will improve? The decision to recruit Eddie Howe as a manager to bring them out of their Steve Bruce Ashley-inspired quagmire was intriguing, as was the decision to hire him as a manager.

Howe helped Bournemouth become a Premier League club, but he was never renowned as a manager who could organize a defence against anything other than «wayward.» And Newcastle’s defence is a shambles, conceding the second-highest number of goals in the league, trailing only Norwich, who don’t even try to stay in the Premier League. It’s impossible to score your way out of relegation.

Even if it was Newcastle’s intention, they didn’t equip Howe with many players capable of doing so. Allan Saint-Maximin is a joy to be around, and Callum Wilson can routinely score… for the 12 minutes every month that he’s healthy. Apart from that, there isn’t much else.

If and when PIF starts throwing money around to try to overhaul the team, that could change by the end of the month and the close of the transfer window. Newcastle had already signed Kieran Trippier, with the intention of using him as a right-wing crosser. Chris Wood was acquired from Burnley in order to head in such crosses while Wilson is on the sidelines. It’s hardly the most elegant strategy, but when you’re in the bottom three, elegance is no longer an option.

And, unless you’re a black-and-white shirted yobbo pushing himself to puke on Northumberland Street before heading the next pub (trust me, I’ve seen it), you can’t help but think Newcastle being relegated is the greatest justice we can hope for.

Newcastle will, at some point in the not-too-distant future, spend their owners’ billions to be among the Premier League’s top four, if not more. The PIF, on the other hand, has far too much power to simply walk in and transform the environment. The solutions shouldn’t be so straightforward or so harsh.

While Newcastle supporters will be dreading another season in the second tier, they can be assured that it will be their last for a long time and that their finest days are on the way.

Is it possible for Newcastle to avoid relegation? Without a doubt. Watford, Norwich, and Burnley all have a chance to be worse. Perhaps it won’t be Wood’s goals that get them there, but the ones he won’t score for Burnley any longer. Leeds’ defensive shambles may allow them to escape. What if Everton fails to recover from their crisis?

Even if it’s harsh, the best solution is for Newcastle to have to wait for their revolution. For their followers, who openly supported a dictatorial dictatorship, for the Premier League, which couldn’t bring itself to act, and for the rest of us. Everyone will finally receive their cookies. But, as we all know, you must first consume your vegetables.

Corey Seager and Marcus Semien are both expected to sign before…

The Bulls are doing well with Alex Caruso, and the Lakers might have… 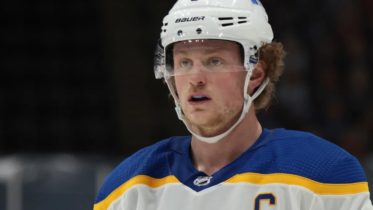 Is it too late for the Golden Knights to trade for Jack Eichel?

The Jack Eichel trade race, the NHL’s biggest on-ice soap opera, looks to have reached its conclusion. The Calgary Flames and Vegas Golden Knights are…

‘The Real Housewives of Dubai,’ a new show from Andy Cohen…