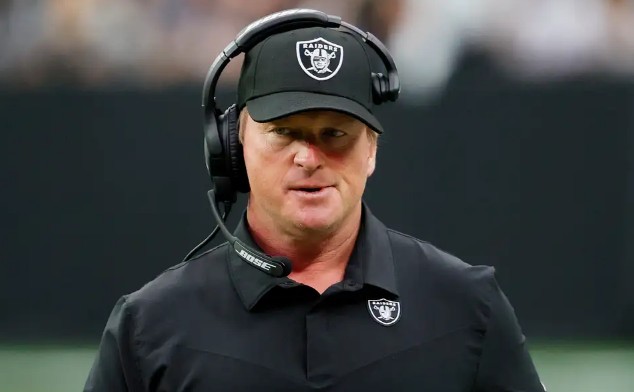 Jon Gruden isn’t finished with us yet. The NFL and Roger Goodell are being sued by the disgraced former Raiders coach, who claims the organization purposefully exposed his emails to major news sites in a «malicious and coordinated operation» to «destroy [his] career and reputation.»

In a statement released by Gruden’s lawyer, he asks the question that has been on everyone’s mind: Why were only Gruden’s emails made public out of hundreds of thousands of emails acquired as part of the NFL’s investigation into workplace misbehavior within the Washington Football Team organization?

Gruden’s emails from his time at ESPN featured racist, sexist, and homophobic language, but it would be ridiculous to conclude that he was the lone perpetrator of such a culture in the NFL. The topic of where the rest of the WFT emails are has been put aside in a month filled with NFL controversies, much to the relief of many high-ranking officials in the league, I’m sure.

The investigation «ended with a vague conclusion by Commissioner Goodell that the team’s workplace was unprofessional, a fine against the team, additional workplace sensitivity training, and a decision to keep all investigation materials confidential,» according to the lawsuit.

The NFL’s refusal to release any additional emails «outraged» WFT employees who had come forward with allegations of inappropriate behavior, according to the lawsuit, and the league «calculatingly released only a single email that they knew would harm Gruden and would divert attention away from the Washington Football Team investigation» to one of their favorite leak outlets, the Wall Street Journal.

There is currently no proof that the NFL released the emails, and its lawyers are vehemently denying any involvement. The Gruden leak, as Mike Florio pointed out in a PFT story this morning, didn’t take the pressure off the WFT probe, which had already been neatly swept under the rug.

Instead, it reawakened public awareness of the probe and the lack of transparency that followed it, leading to more hostility directed at the NFL and even congressional intervention. If the NFL did leak the emails, it was a big mistake. It’s more likely that this was a case of personal vengeance for Goodell, who was the subject of several of Gruden’s emails and may have planned to humiliate Gruden once the WFT investigation uncovered those emails. The NFL’s handling of the Gruden matter is described as a «Soviet-style character assassination» in the lawsuit.

Because the NFL has such vast financial resources, they’ll almost certainly be able to settle with Gruden for whatever cost he specifies, rather than risk more high-profile figures’ emails being disclosed and the organization is forced to face a public reckoning. Make no mistake: by using slurs and another ugly language on a readily tracked platform, Gruden ruined his own reputation and career.

However, if he and his lawyer can show that other intraleague communications are relevant and get past any general liability agreements, this lawsuit is the best chance we have right now for the rest of the emails to be released, and for at least a few more people — including Goodell — to finally face the music.

Quarterback for the Denver Broncos Teddy Bridgewater was admitted…

James Madison gets his time in the spotlight (Belt)

We can’t all be MVPs, so let’s quit yelling it at each other 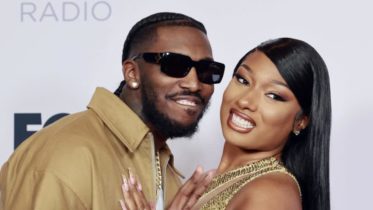 Forget what others say about cuffing season, roommates! Megan Thee Stallion and Pardison Fontaine are out there creating the perfect baewatch vibes. The pair recently…

In a previous case, Judge Bruce Schroeder referred to a black…

Nearly 20 minutes after the event was labeled «Mass Casualty,» Astroworld…