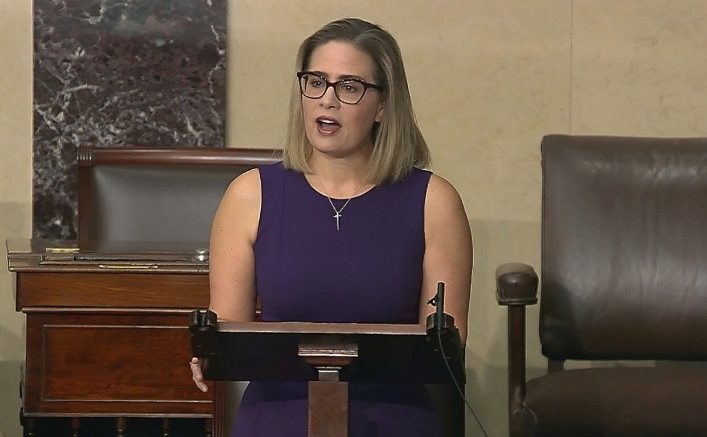 The US Senate is set to vote this week on an ambitious Democratic bill expanding voting rights, following months of bickering.

The bill is doomed from the start. Most bills require 60 votes to go to final passage in the Senate; this one only has 50 — all Democrats opposed by all 50 Republicans.

There will be plenty of venomous vitriol and finger-pointing during the debate. It will provide Democrats with new ammunition to rail against their two most conservative senators, West Virginia’s Joe Manchin III and Arizona’s Kyrsten Sinema, who have refused to amend the rules even for the sake of voting rights.

But rage will not address the problem: our voting system is in jeopardy.

As a result, Congress should take a less ambitious, more bipartisan approach.

At least three bills that aren’t expected to clear the Senate this week have bipartisan support in theory. They’re still worth attempting.

The first and most pressing concern is safeguarding against «election subversion,» or attempts to modify the outcome of a vote after it has been cast.

That should start with correcting the Electoral Count Act of 1877, which then-President Trump tried to use to invalidate Joe Biden’s election due to its ambiguity.

Trump was foiled by then-Vice President Mike Pence, who refused to accept Trump’s demand that part of Biden’s electoral votes be thrown out. However, an election’s outcome should not be decided by a single person. The law should make it clear that the vice president does not have the authority to reject electoral votes.

Trump also attempted to encourage Republican state legislators in Pennsylvania, Michigan, and other states won by Biden to ignore their constituents and appoint Republican electors. Legislators, like Pence, refused. However, the law needs to be clarified on this point as well: state legislators can write election laws, but they cannot change the outcome after the election has taken place.

Edward B. Foley, an election law professor at Ohio State University, told me, «Reforming the Electoral Count Act is the correct place to start.» «Election tampering is a question of democracy’s very existence.»

Senators from both parties are already debating whether or not the statute should be changed. Senators Angus King, an independent from Maine, and Susan Collins, a Republican from Maine, are attempting to build bipartisan support. Manchin, Sinema, and Utah Republican Sen. Mitt Romney have all indicated interest, according to reports. Intriguingly, Kentucky Republican Senate Leader Mitch McConnell recently stated that he, too, would explore amending the law. Some Democrats are sceptical that he means it, but it’s worth finding out.

Protecting state and local election officials from threats and intimidation is a second concern that falls under the topic of election subversion.

Election officials across the country have reported receiving a barrage of threats, many of which are directed at their families. (A list of over 800 such occurrences has been compiled by the Reuters news agency.) Many of the comments appear to be from Trump supporters who are upset that state officials have declined to validate his false election fraud allegations.

Threats against election officials are not explicitly covered by federal law, which makes it illegal to intimidate voters.

Congress has the power to change this, beginning with tougher criminal penalties and greater financing. That issue isn’t partisan in the least.

Third, reconsider restoring the 1965 Voting Rights Act in its entirety.

Before modifying voting regulations, jurisdictions having a history of racial or ethnic discrimination had to apply to the Justice Department for approval, which passed with bipartisan support. In 2013, the Supreme Court effectively struck down that section of the legislation, although Congress has the option of passing an updated version.

As recently as 2006, eleven of the Senate’s 50 Republicans voted to reauthorize the bill. Only one senator, Alaska’s Lisa Murkowski, publicly supported the Democratic renewal effort this year, but she was the only one who did so. If a new version is based on bipartisan negotiations, it may be able to get enough GOP senators to succeed.

That could be President Biden’s tactic as well; when he met with Democratic senators last week, he mostly discussed the voting rights bill.

«Like every single important civil rights bill that has come up,» Biden told reporters, «if we miss the first time, we come back and try it again.» «We squandered this opportunity.»

Other possibly bipartisan solutions include a federal requirement that states and counties use paper ballots to protect against fraud; criminal penalties for tampering with election results; and federal standards for election audits to avoid the chaos that occurred in Arizona last year.

However, in every situation, the starting point must be bipartisan.

«It’s time to start from the beginning,» Foley remarked. «The process must be truly reciprocal and bilateral.» Starting with one party’s wish list isn’t a good idea. That was the fault in the strategy that ultimately failed.»

Furthermore, time is of importance.

«Reform isn’t going to happen until after the midterm elections,» Foley said. «It has to happen behind the veil of ignorance because we have no idea who will be running Congress in 2023 or 2025.» As a result, neither side knows who will profit from reforms; they’ll have to rely on sound judgment as well as self-interest to make decisions.

It will be tempting for all parties to spend the coming week squabbling over who is to blame. However, our elections must be safeguarded. It’s preferable to walk away from the shambles and get back to work. 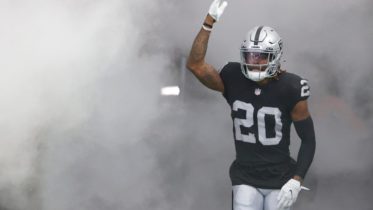 The Las Vegas Raiders are in the midst of one of the most tumultuous seasons we’ve ever seen. First, it was their head coach, Jon…

Terrence J avoids a robbery attempt outside his home, claiming the suspects…

Scientists have discovered a relationship between global warming and early…